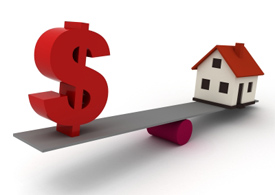 Congress is debating the future of some federal programs designed to help homeowners avoid foreclosure and help states rehabilitate foreclosed properties. While some policymakers argue for reform, others want the programs to go. Foreclosures' effects vary by neighborhood and city, so good data and analyses are vital to making the right decisions.

The Impacts of Foreclosures on Families and Communities: A Primer
July 2009 research report by G. Thomas Kingsley, Robin E. Smith, and David Price

Foreclosures in the Washington, DC, Region

Smallest Victims of the Foreclosure Crisis: Children in the District of Columbia
September 2010 research report by Jennifer Comey and Michel Grosz

Foreclosures and Renters in Washington, DC
April 2009 research report by Peter A. Tatian

The Impact of Foreclosures on Home Ownership and Affordable Housing in the District of Columbia
May 2009 testimony by Peter A. Tatian